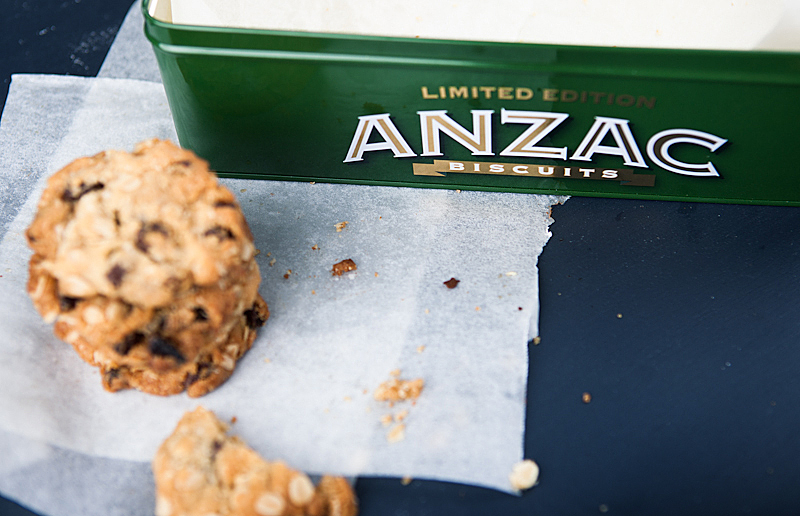 When April 25th approaches in Australia, Two things come to mind: celebrating our war heroes and a day off – Anzac Day.  This national public holiday enables us to remember and celebrate the service of our veterans as well as enjoy the other tradition synonymous with Anzac day, Anzac biscuits.

Anzac biscuits have to be one of the easiest and economical biscuits you can make. Their history does indeed date back to World War 1 when the wives, mothers and girlfriends of the Australian soldiers were concerned for the nutritional value of the food being supplied to their men. The problem though was that any food the women intended to send to their men traveled to them on ships for periods of over two months without refrigeration. So a body of women came up with the answer: to create a cookie that combine rolled oats, sugar, butter, coconut, flour and golden syrup or treacle. All these items did not readily spoil and were staples in many households. 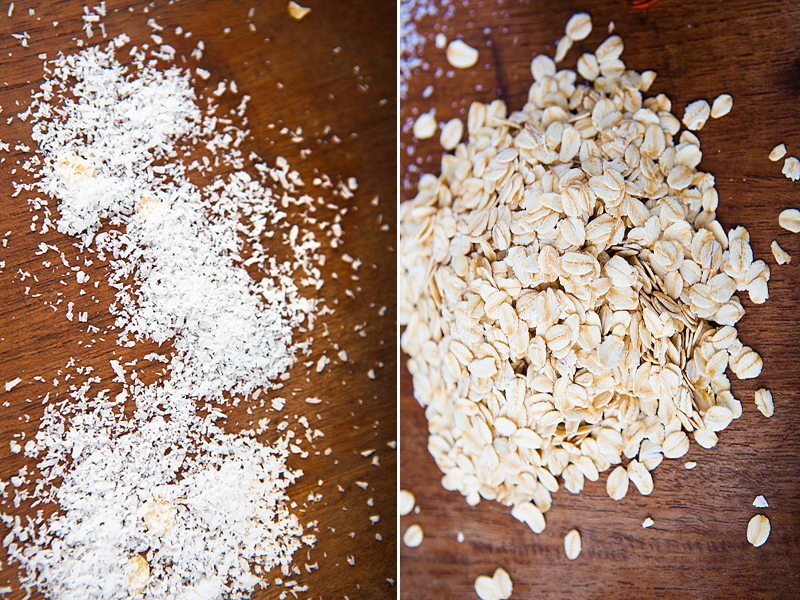 The interesting thing about Anzac biscuits is the omission of eggs to bind the mixture together. Because of the war, poultry farmers had joined the service and therefore eggs were scare or expensive. Golden syrup or treacle thus acts as the binding agent. ( I also think it adds a delicious sweetness that you would not otherwise get if eggs were used).

To ensure the biscuits remain crisp, they were packed in used tins. The tins were airtight and thus no moisture or air was able to soak into the biscuits and make them soft.

There are however two teams when it comes to biscuits or cookies. Those who like them crunchy and those who like them soft; and in my house, a war can often break out as to how I should be making our Anzacs. My mother likes them crisp and my dad prefer them soft and chewy. 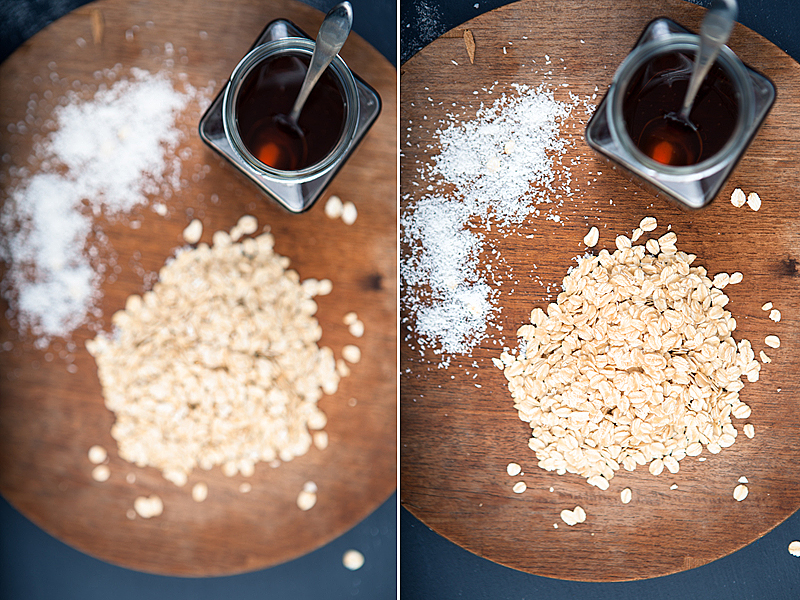 To cater for everyone, I bake some of the Anzacs a bit longer, an extra 5 or 10 mins to crisp them up. If making a batch that I know only my mum will devour, I add more sugar, about an 1/4 of a cup, which also helps to make them crunchy.

When mum use to make these biscuits for me when I was young (oh how the tables have turned) she would add sultanas. I have adopted her ways and I nearly always add them to my mixture. They provide a sweet burst of flavour. You can however leave them out if you prefer the traditional Anzac recipe.

These Anzac biscuits are best enjoyed with a cup of tea like a traditional English breakfast or earl grey.  It’s also quite obvious, given their history, that they also make a great lunch box treat. If you make a batch of these, I’m sure everyone will be a pretty happy soldier. 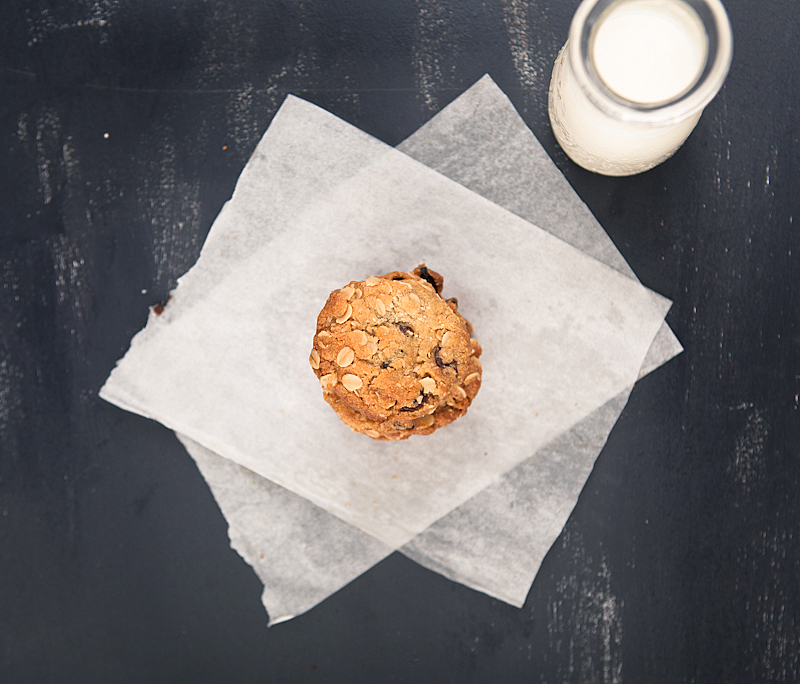 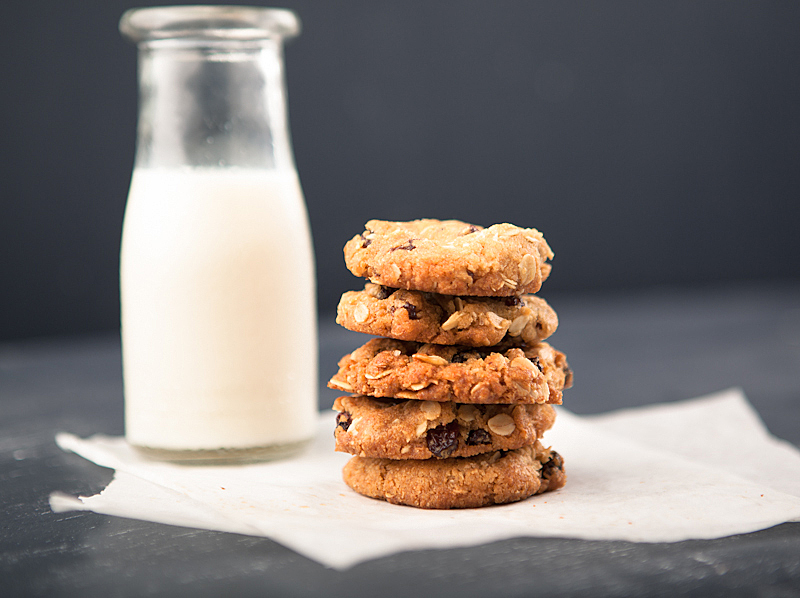 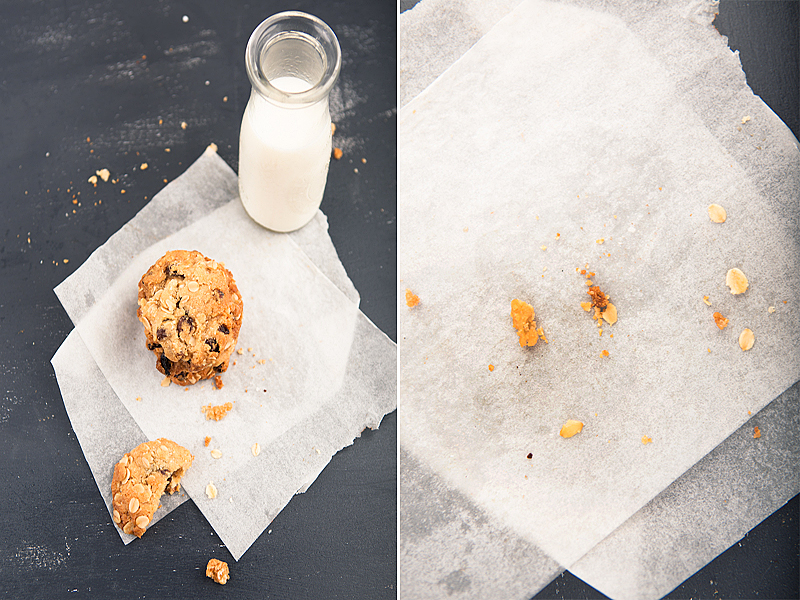 Next post: Icing on the (Banana) Cake to the Perfect Weekend