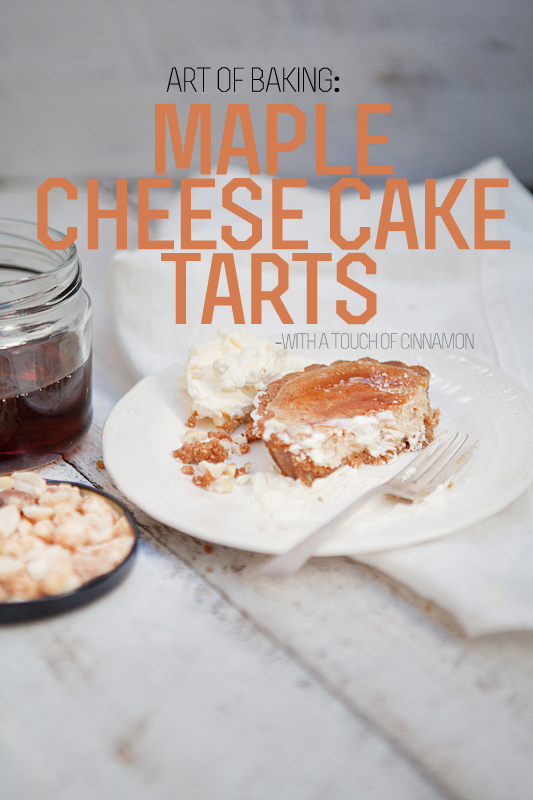 One weekend in June, Alex escaped the winter chill of Melbourne and came up for a visit to Sydney. And the Sydney weather didn’t disappoint. We had two days of sunshine, albeit it was a little cold. However with no wind or rain to dampen the day, we managed to cram in a lot into the weekend. On our early morning run we were rewarded with stunning views of the Harbour Bridge. 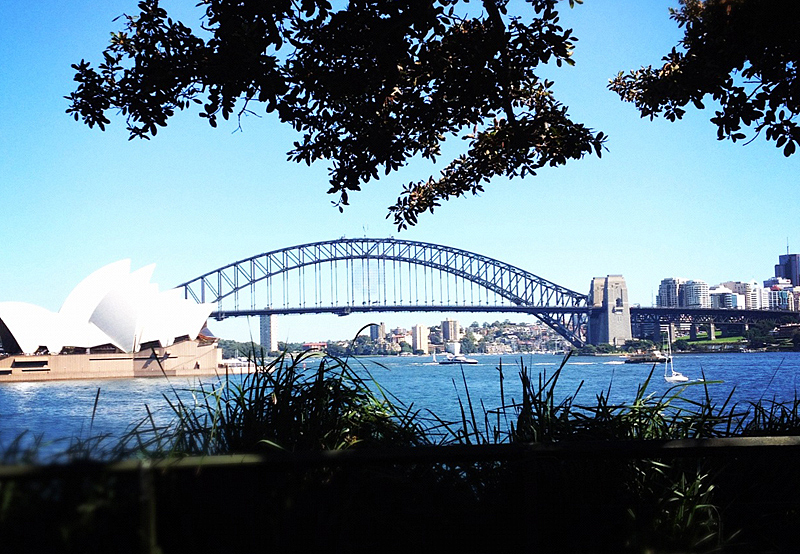 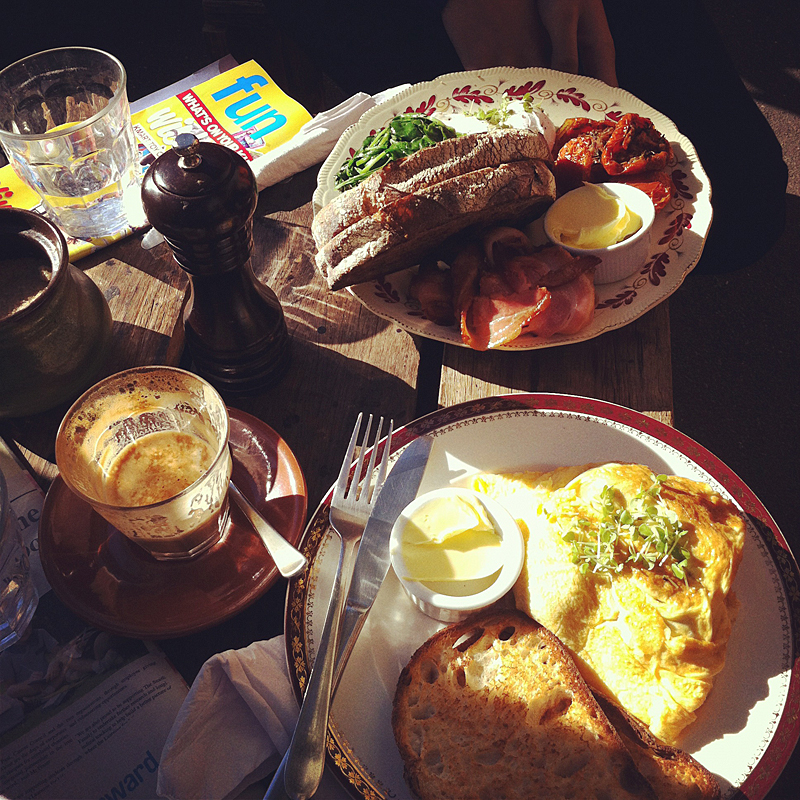 On the way home I introduced Alex to whats been labelled a Sydney institution – Bourke Street Bakery. We picked up some coffees and a wholemeal sourdough loaf which became the foundation of our lunch and late nights snacks for the weekend.(word of warning to BSB virgins – the bakery doesn’t have a bread slicer, so don’t bother asking for them to slice your loaf. Alex found out the hard way when he asked  the girl behind the counter to slice the loaf “for toast”( ie thick slices) and she proceeded to slice the whole loaf by hand and put them in the toaster!)

We also visited another Sydney icon on the restaurant scene, Ms G’s in Potts Point where we sipped alcoholic bubble tea and ate mini bah mi. The rest of  the night was a little less classy than Ms G’s when we watched and laughed at the inappropriate, Inbetweeners Movie.  On Sunday we had breakfast at a Darlinghurst local, The Bunker  and then wandered the wealthy streets of Woollahra to Donna Hay’s General Store for inspiration.

Amongst all this we did find time to bake and  an we needed an excuse to try out my new Kitchen Aid. When thinking of what we wanted to bake, we were focused on creating something other than your usual cake or muffin and  we also wanted to experiment with some different flavours. Also being on location, we didn’t want anything too difficult. Alex had some small tarts tins that were yet to be used so we thought we would try them out. Donna Hay provided us with a recipe to try – maple cheesecake tarts.  Her original recipe uses gingernut biscuits as the base but we decided to swap spices and biscuits and used plain butter snap biscuits as the base and cinnamon on top. The flavours and textures of these little tarts was wonderful. The filling was sweet but tangy from combining the maple syrup with the cream cheese and the base was crunchy and buttery. Served with whipped cream ( which took seconds in the Kitchen Aid to make!), they were a heavenly dessert.

Having succeeded with these tarts we are keen to find some bigger cases and make a buttery pasty so keep an eye out for more tarts to come! We also hope you spice up your weekend or (weekday!) and give these little tarts a try! 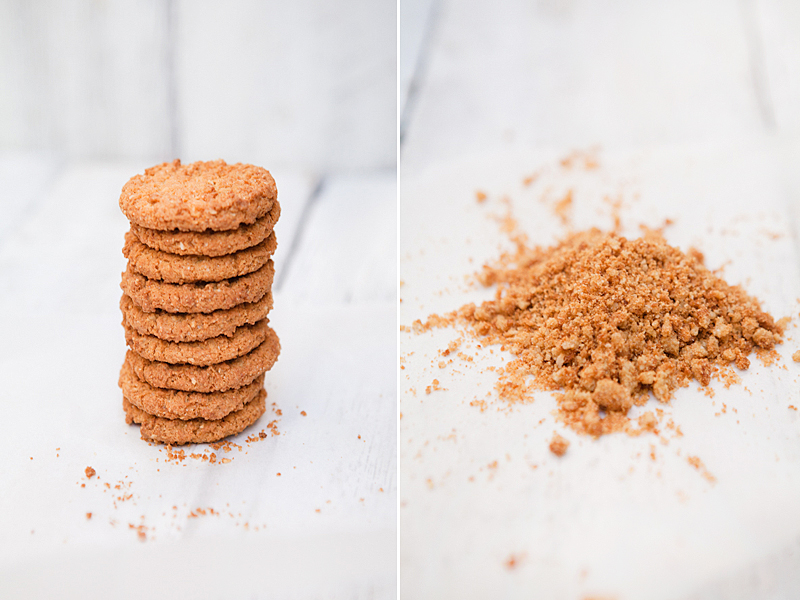 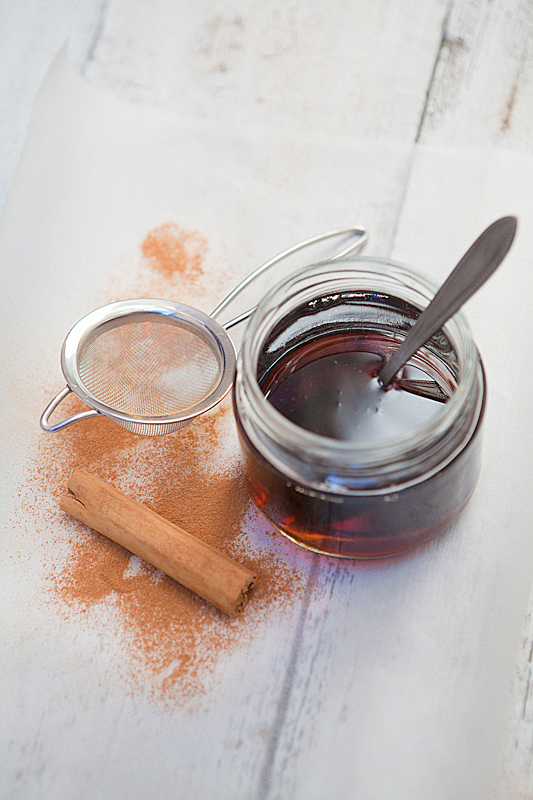 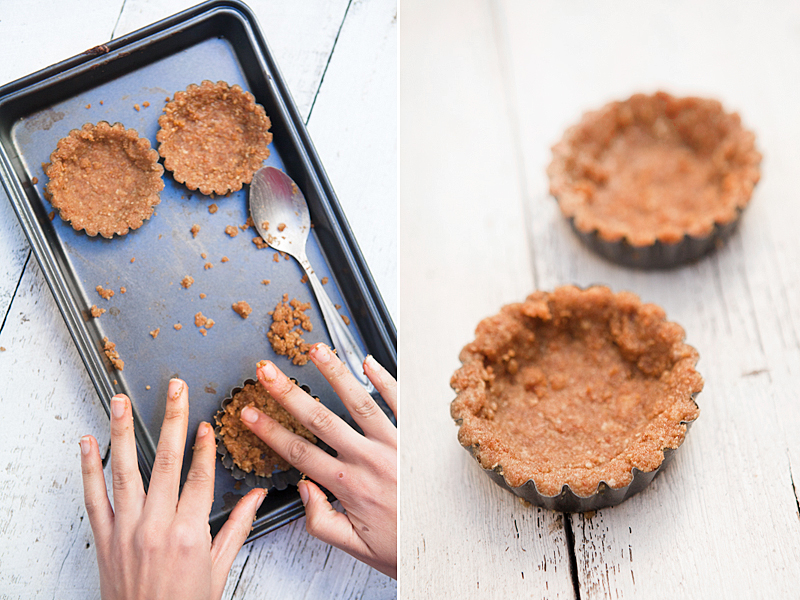 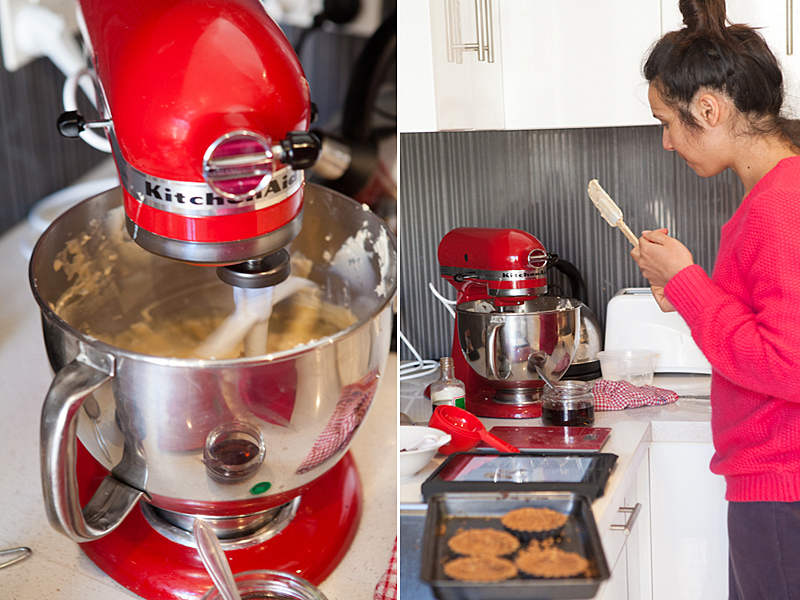 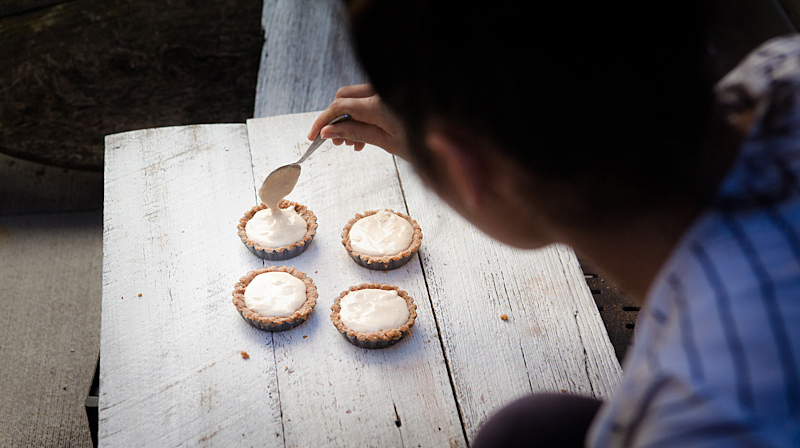 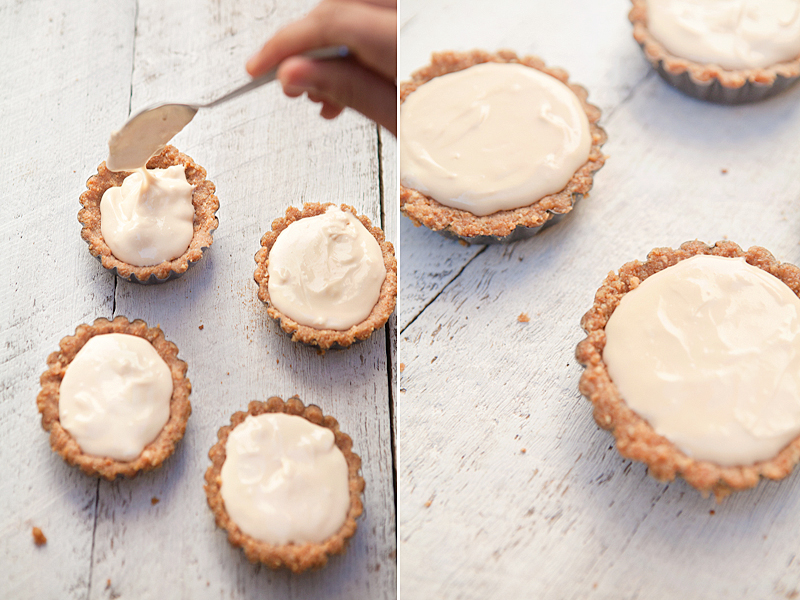 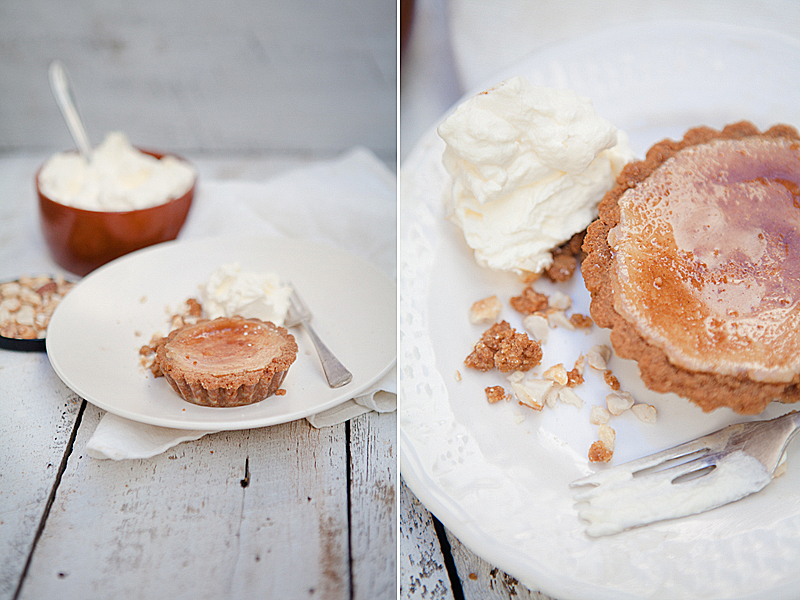 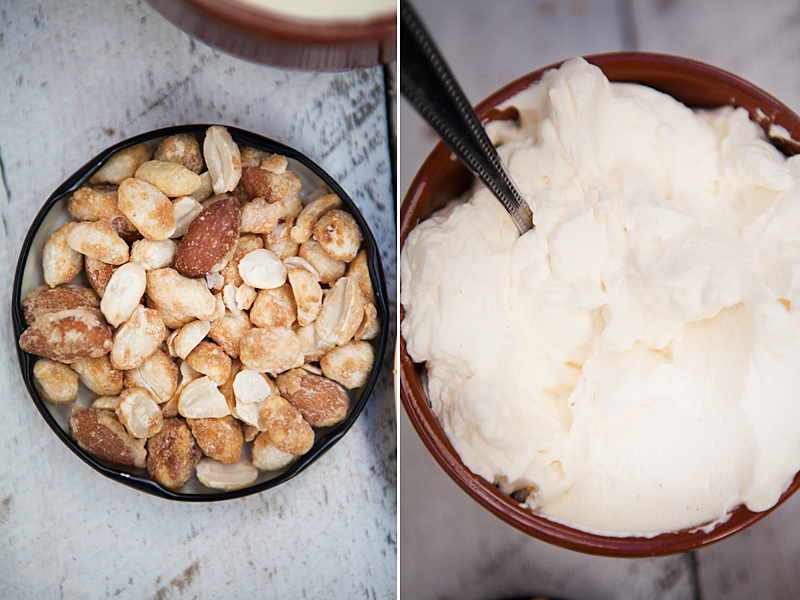 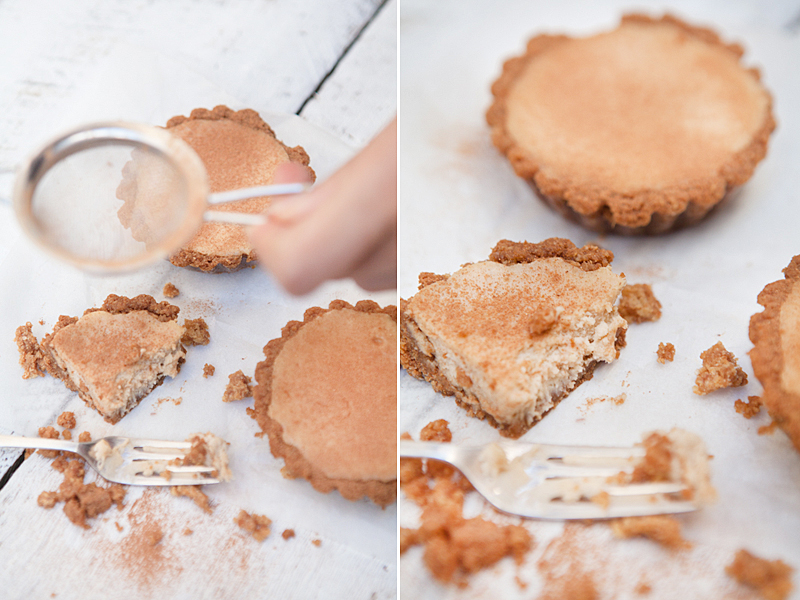 5.0 from 1 reviews
Print
Sugar n Spice in Sydney
Author: Rani
Recipe type: Dessert
Serves: 6
Sweet but tangy maple cheesecake tarts with cinnamon sugar and whipped cream and candied nuts.
Ingredients
Instructions
Notes
If like us, you don't have a food processor handy, crush the biscuits in a bag with either a roller pin or pestle. If you cant find cinnamon sugar you can make your own by combining ½ cup sugar with cinnamon to your taste. Cinnamon sugar is also sold as "dutch cinnamon". Candied nuts can be bought from the supermarket or specialty nut stores.
2.2.8
{ 4 comments… add one }

Next post: A Slice of Family Tradition – Caramel Slice Recipe