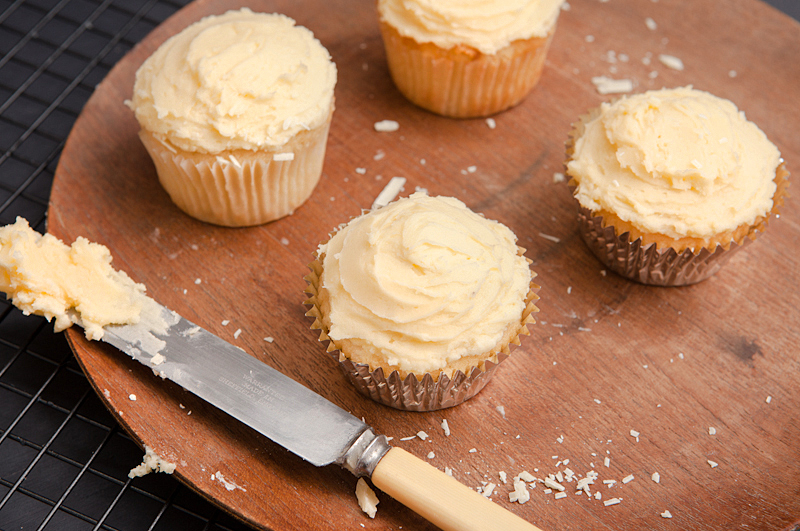 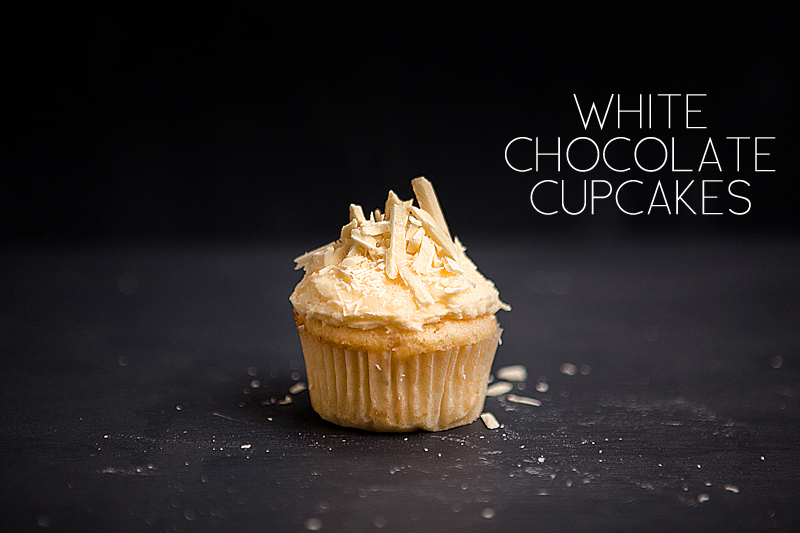 I have a fondness for cupcakes. I like them. A lot. Out of all the things that one could possibly bake, cupcakes are my favourite. I don’t know what it is about them but I get a really pleasure out of producing a batch of pretty cupcakes. They don’t take very long to make so you can whip them up in half an hour and they are perfect for satisfying a sweet craving without feeling like you have over indulged.

In Melbourne there are several specialised cupcakes stores popping up around the CBD. Little Cupcakes on Degraves Street is probably the most infamous, but there is also Joy Cupcakes and the Cupcake Bakery. While the cupcakes in these stores look delicious and come in marid of tantalising flavours, I have sampled cupcakes from each and I have to say I have been disappointed every time. I am often presented with a dry, tasteless cupcake. For this reason, I think you can’t beat a homemade cupcake.  There is something  really special about eating a homemade cupcake. You can often taste the real butter and vanilla and I think there is no substitute for a handmade creation.

I have been baking for a while now, and this vanilla cupcake recipe is something that I have perfected over the last three years ( mainly by following the tips below). While cupcakes appear easy, like any cake (or baking recipe) for that matter, you need to get the technique right to avoid an end product that disappoints. (Take note, cupcakeries).

I have detailed here what I think are the common mistakes that result in a dry tasteless cupcake. If you are someone who bakes regularly you will probably already be familiar with these tips.

Secondly, don’t over mix the batter. Over mixing causes a dry, tough cake. Flour contains two proteins, gliadin and glutenin. They react with liquids and join together to form long strands of gluten – which provides structure in baked goods. When gluten becomes tough, it results in a chewy texture.  Liquids, salt and mixing all toughen gluten, therefore your cake batter should be mixed as little as possible to prevent toughening the gluten.

If when you bite into your cupcakes you notice holes throughout the cake crumb (referred to as tunnels), this is an indication of over mixing.  To avoid over mixing, when adding the flour and milk to the creamed ingredients, add it in batches and only stir or mix the batter for 3 seconds or until the ingredients are just incorporated. My recipe calls for adding the flour and milk alternatively in two batches. I have also tried adding it in three batches, beginning and ending with flour. Adding it in three batches works better. However I usually add it in two as I find separating the ingredients in two batches is easier.

Thirdly, cook only one pan of cupcakes at a time. Having made over 50 cupcakes for a birthday party, I found that to have prefect cupcakes, you need to bake one pan at a time. I’m not sure how the science of ovens works so just take my word for it!

A few more tips that I have found help:

When it comes to decorating cupcakes, this is the fun part. While I create a slight mess when I make the cupcakes, preparing the icing often results in me, the kitchen and every appliance in it covered in icing also.

I like to use a simple butter cream frosting. I flavour  it with vanilla but you can use a dye to tint it any shade you like. Being a buttercream, it results in icing that has a slightly yellow tinge. If you are after an icing that is whiter, you can use this recipe, for mock cream from the Australian Women’s Weekly. 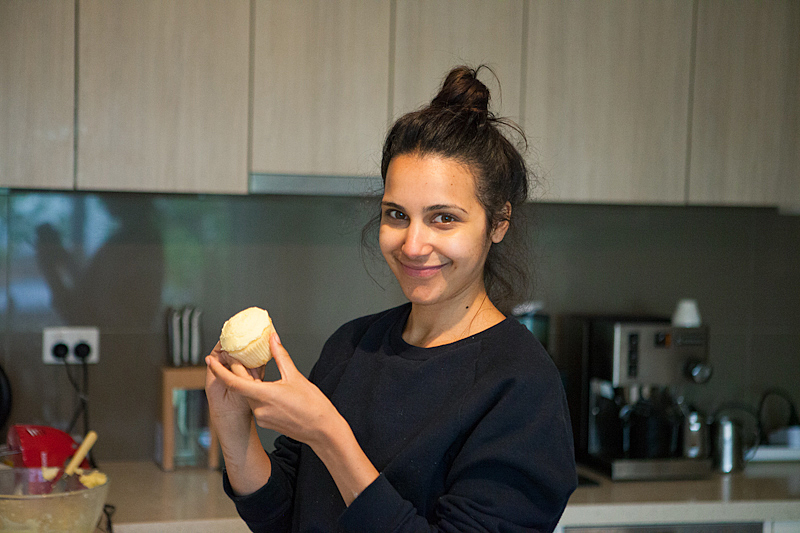 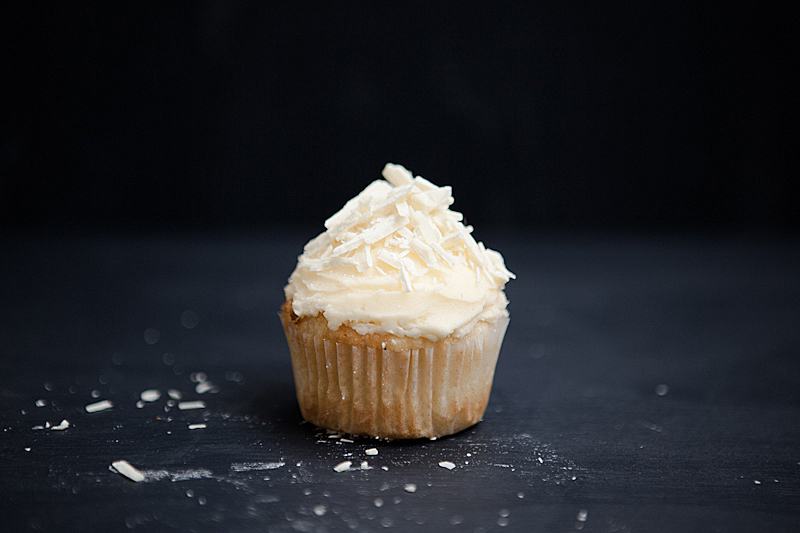