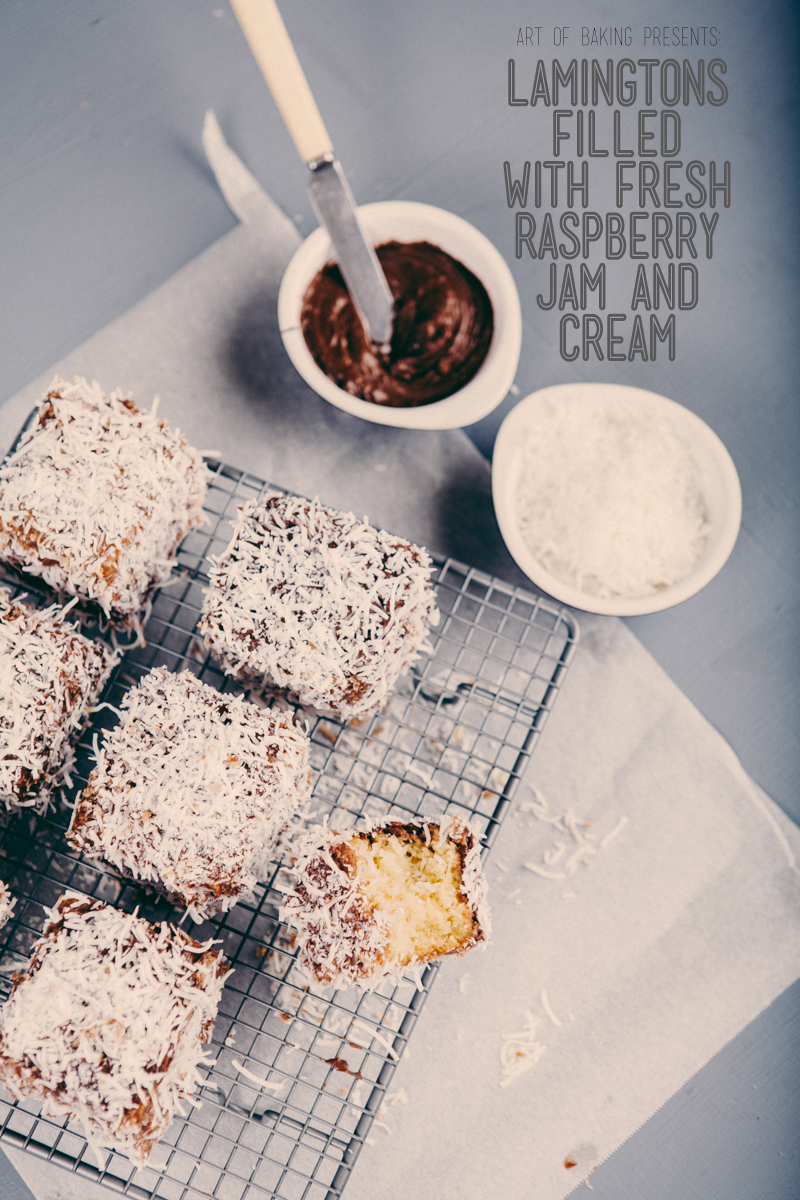 Alex and I have always wanted to attempt to make lamingtons. An Australian icon and a delicious treat that we use to eat as kids from the local bakery.  The Lamington consists of a delicate sponge cake, covered in chocolate icing and rolled in desiccated coconut. While most of the recipes we researched did not add jam and cream, we decided to dress our lamingtons up by slicing them in half and adding fresh whipped cream and raspberry jam. We found the addition of jam and cream took the lamingtons to another level and made them slightly more moist and moreish.

As I kid, I never appreciated that the lamington is actually quite a complex little cake – something that Alex and I discovered when attempting to make a batch. I have also never made a sponge cake before and having heard many tales about how difficult a sponge cake is to make, I was hesitant but excited to try and make a sponge for the first time.

Our first attempt involved a lamington recipe that called for a cake that required 250g butter and 4 eggs. While this recipe was not your typical recipe for a sponge cake (using so much butter and only 4 eggs, it resembled more of a butter cake) it was taken from a good source so I was quite confident it would be a good lamington recipe to try.  Well it turn out this cake was a disaster; it sunk in the middle and was very heavy and dense. After some tears on my behalf, Alex suggested we use a recipe in which the sponge cake was made using only eggs and a tiny amount of butter. Our second attempt involved whipping 6 eggs and triple sifting the flour but  it was worth the effort as it resulted in a feather light sponge cake. With the sponge mastered we then had to cut the cake into even sized pieces, dip each piece in chocolate icing and then coat each cake in coconut. This process resulted in a kitchen covered in the above ingredients but the results were better than we had hoped for. Having seen the mess I had made making the lamingtons, I was relieved that they ended up resembling the lamingtons I remember seeing in the bakery. 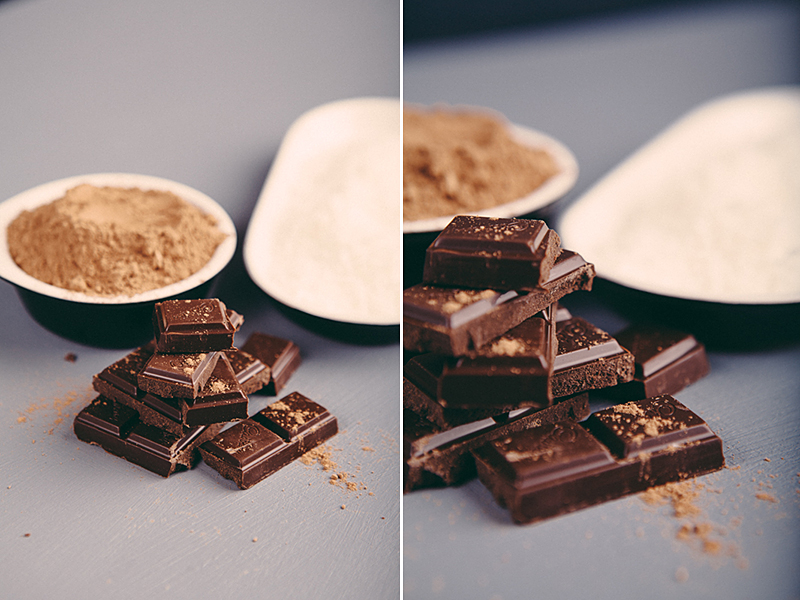 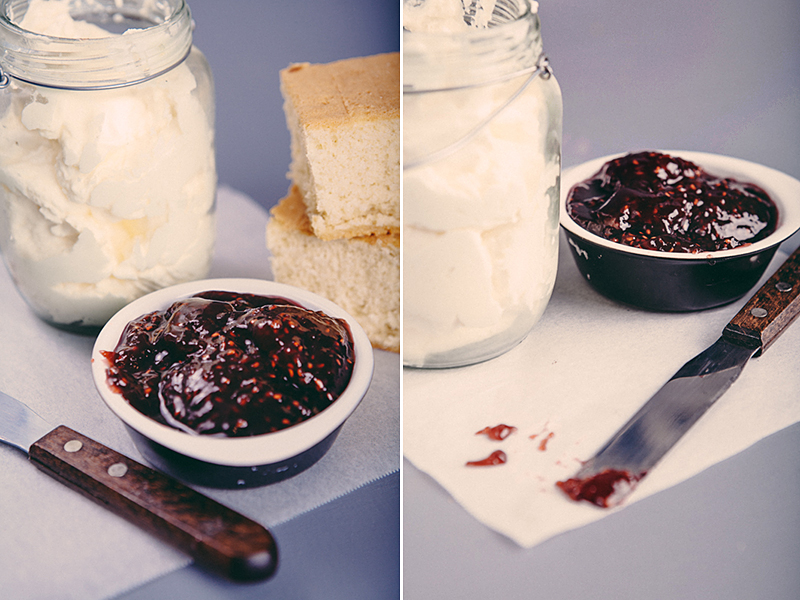 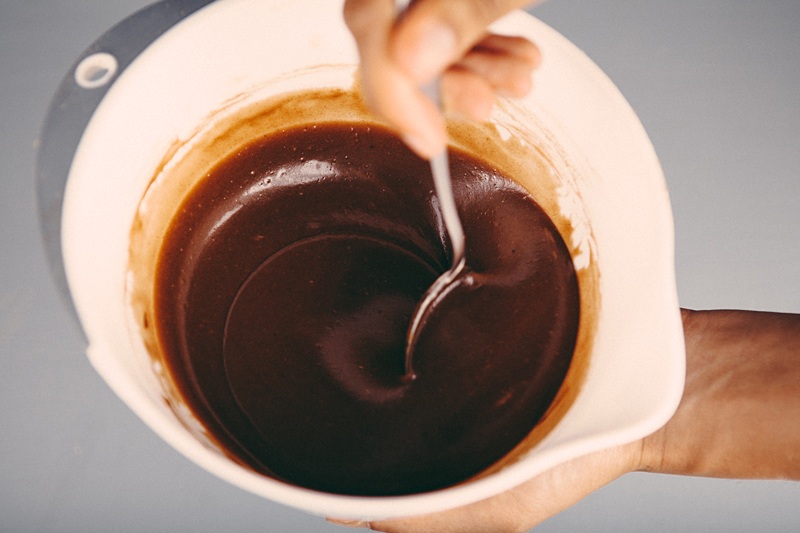 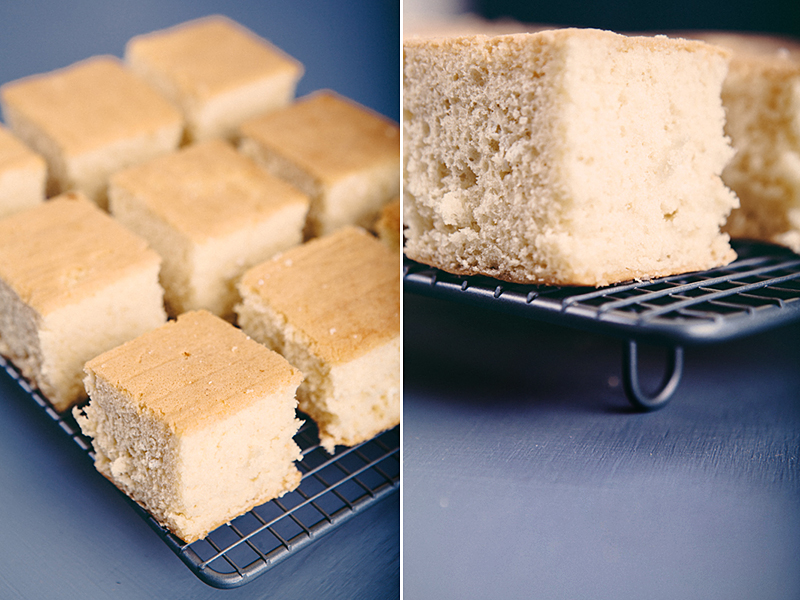 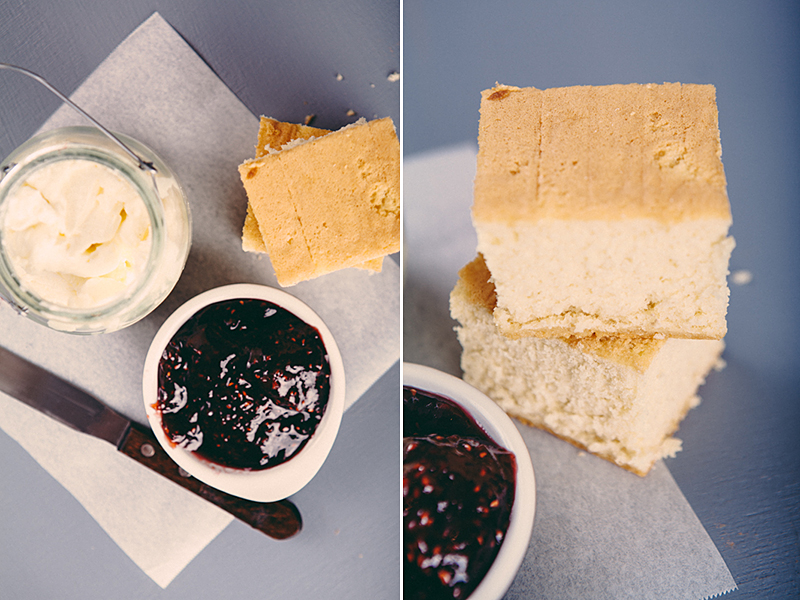 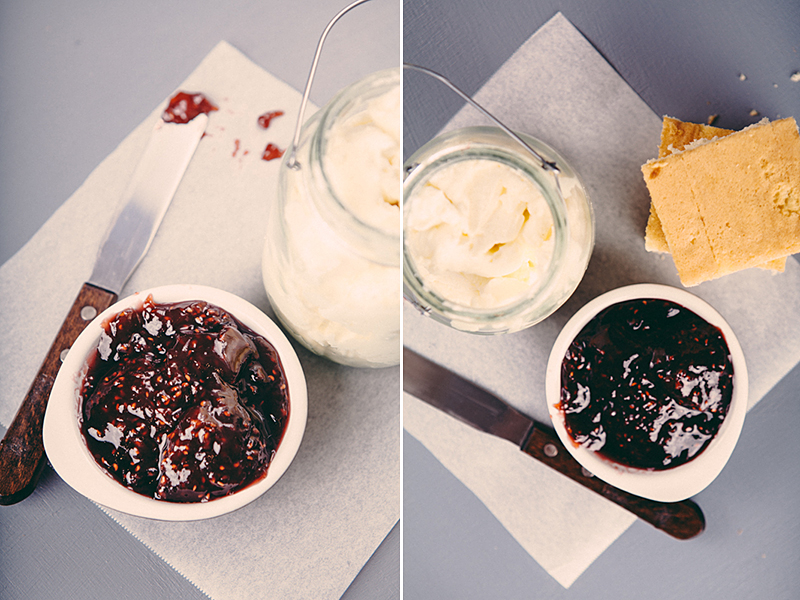 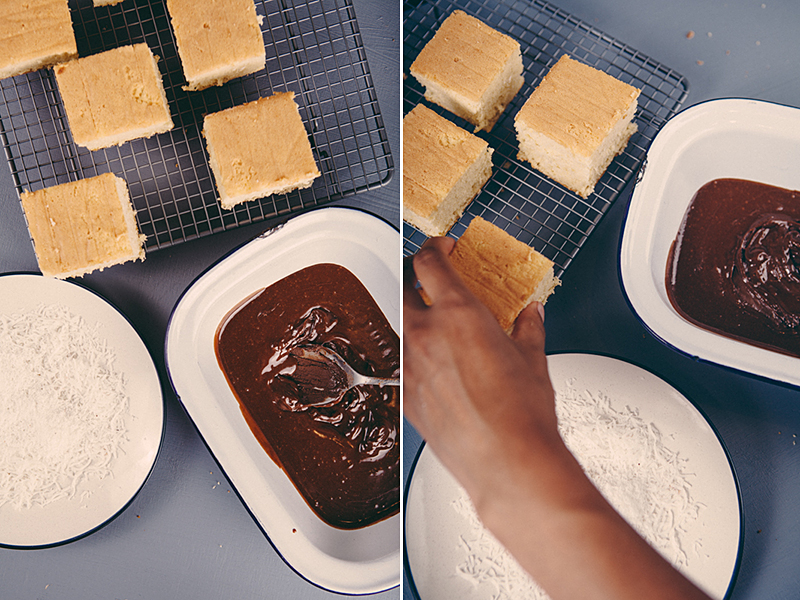 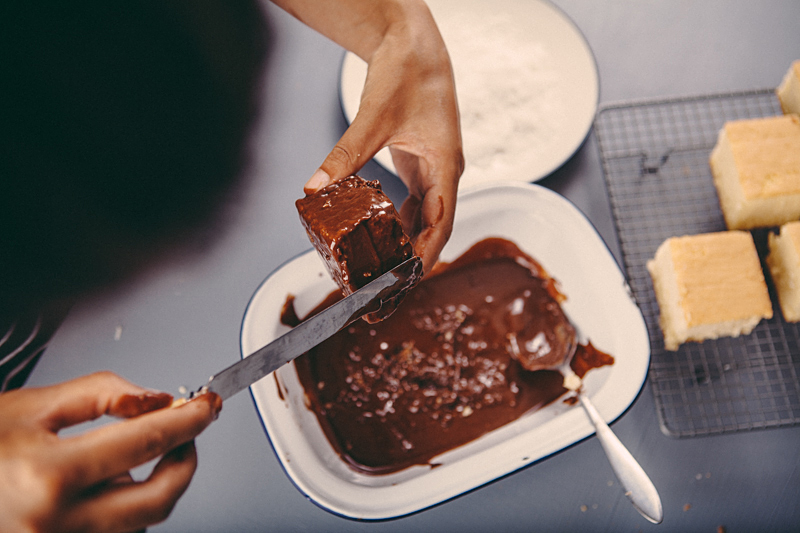 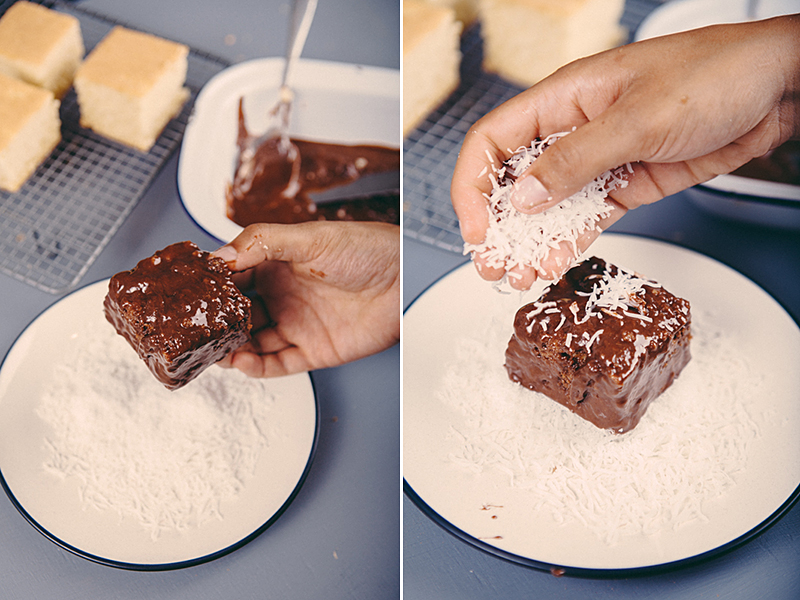 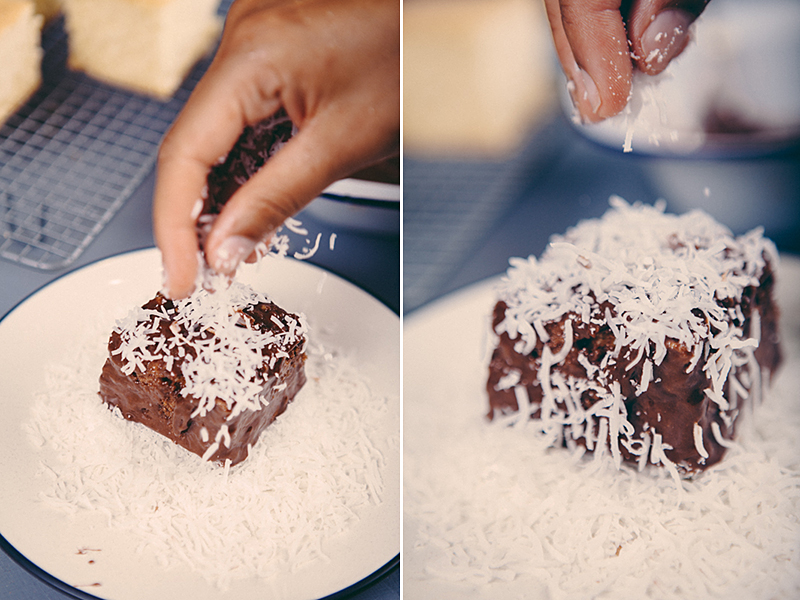 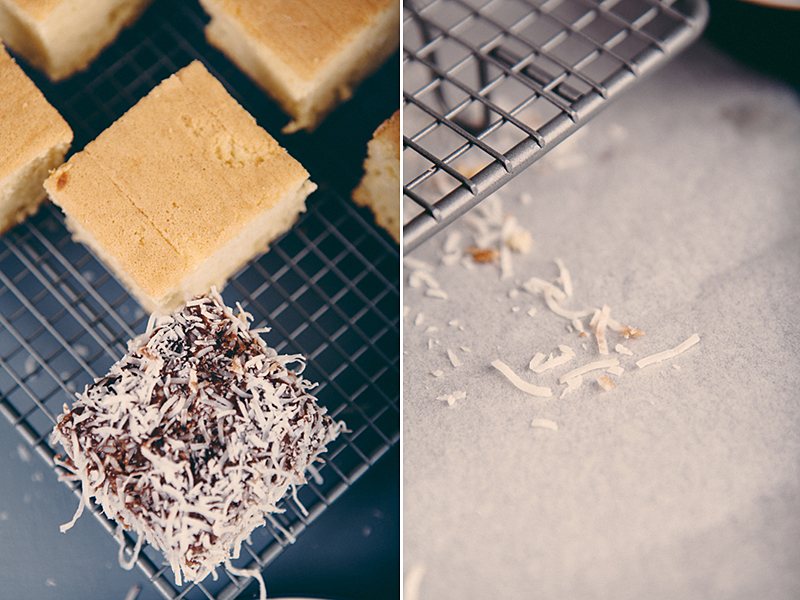 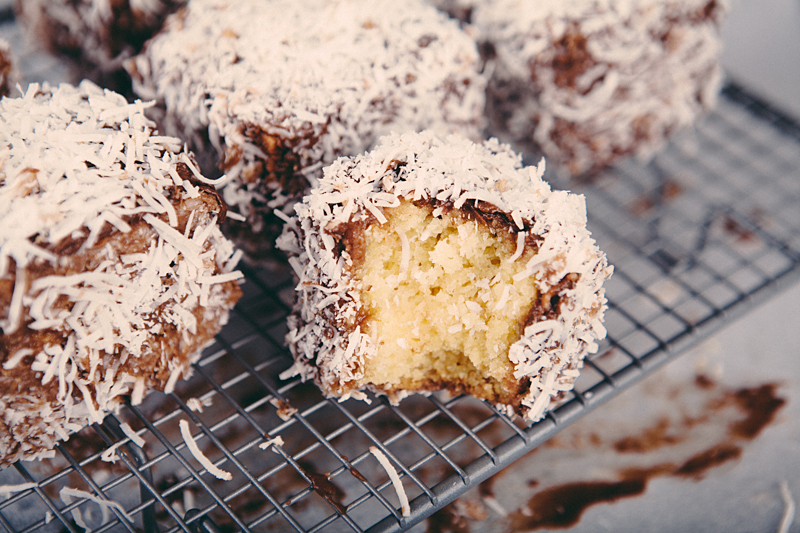 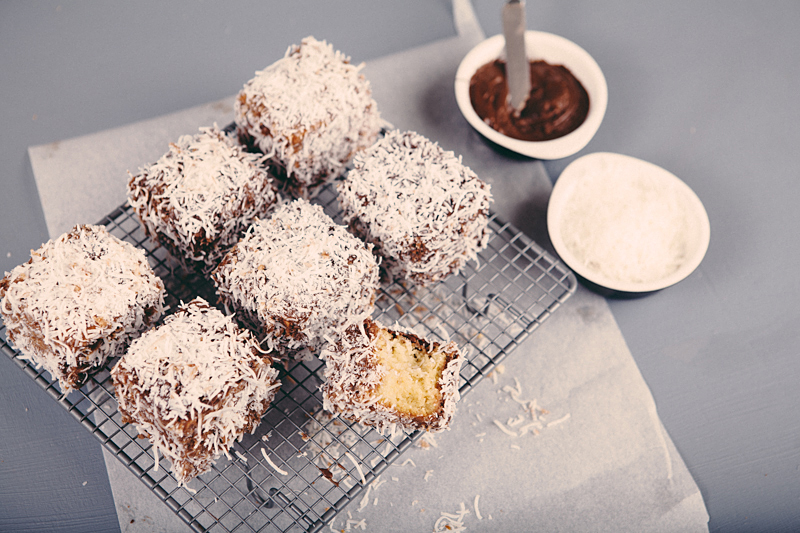 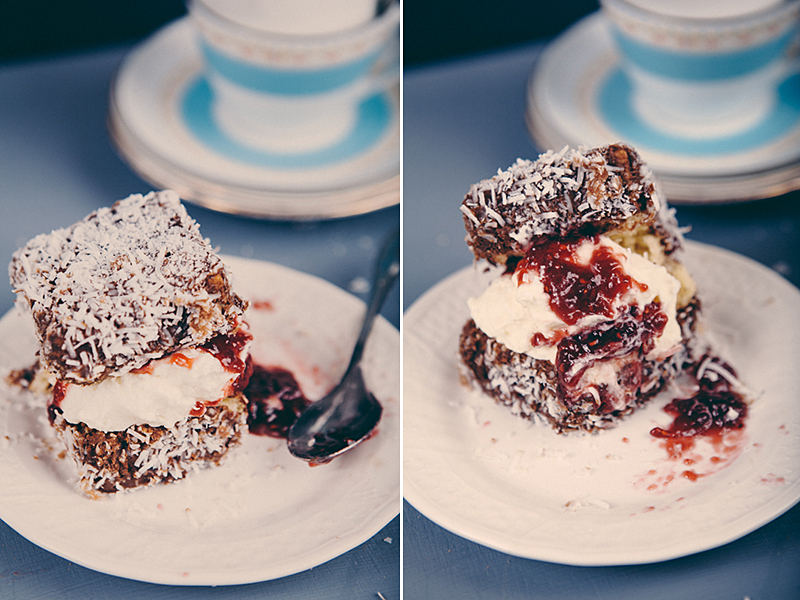 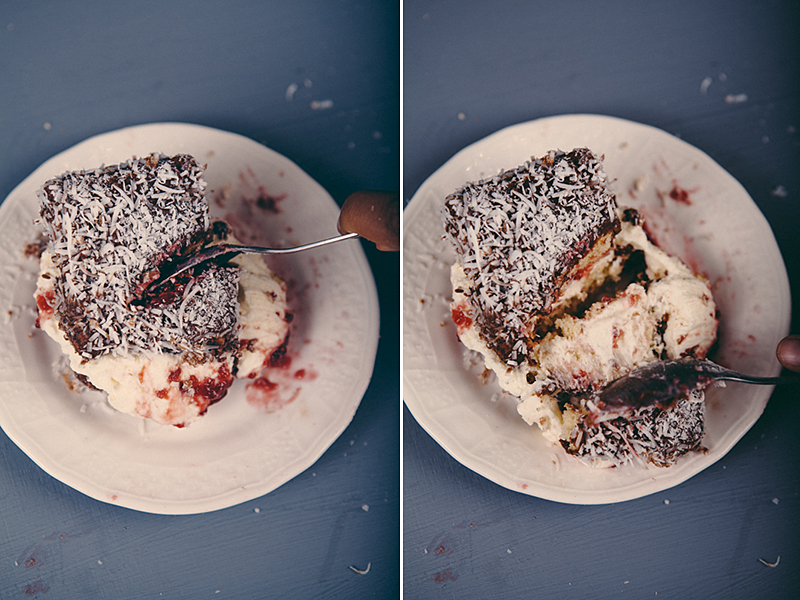 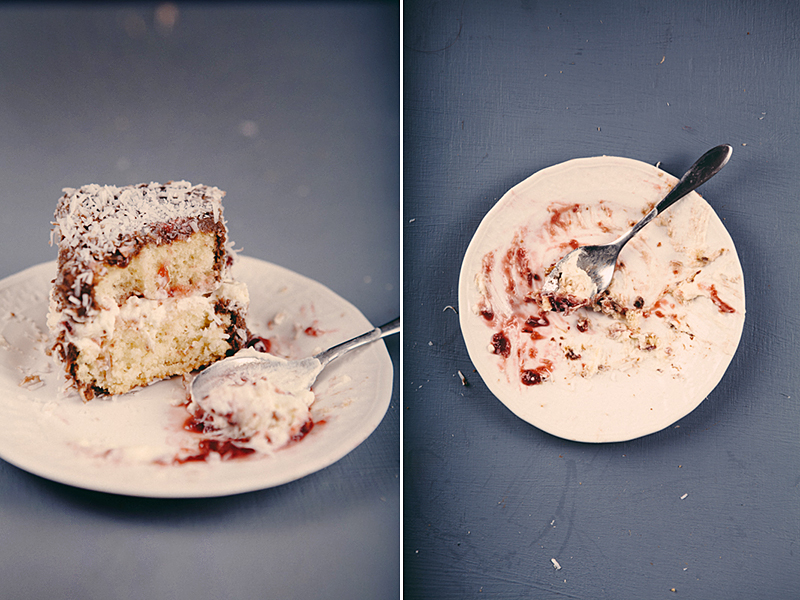